Would you rather spend the night with a dead rock star, a bunch of clowns, or a serial killer? 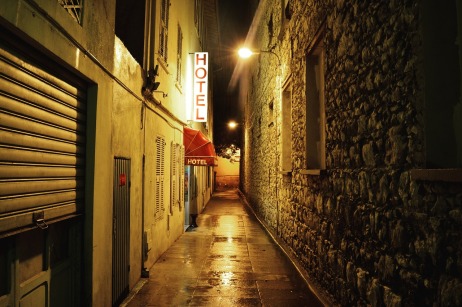 If you’re ambitious, you could have all three in a few days’ time. Thanksgiving is one of the most traveled holidays. If you’re headed west this year, you might consider one of these creepy/eclectic hotels and Air B&Bs to rest your head. 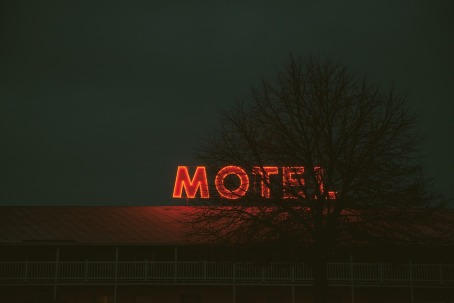 With eleven rooms, the inn promises a “Cosmic American Experience.” Each room carries the name of a celebrity like John Barrymore (apparently John Wayne’s favorite room at the inn) or the name of musicians, such as EmmyLou Harris and Donovan. But the room of interest for those looking for the “creep-factor” is Room 8: Gram Parsons’s Room.

Gram Parsons was a singer/songwriter, who played with The Byrds and performed what he coined “Cosmic American Music.” On September 19, 1973, at 26 years of age, Parsons died of a drug overdose in Room 8 of The Joshua Tree Inn. But that’s not even the creepy part. His body was sent to LAX airport for transportation to Louisiana for burial, but his road manager stole the body, took it back to Joshua Tree, and attempted to burn it with five gallons of gasoline and a match. Allegedly, Parson’s ghost still dwells in Room 8, where the same pictures hang on the walls as when Parsons died. The inn has become a mecca of sorts for fans of Parsons, and a collection of animal skulls and other items form a shrine to the late singer. The cost of rooms hover around the $200 mark, but visitors are guaranteed a truly cosmic and eclectic stay! 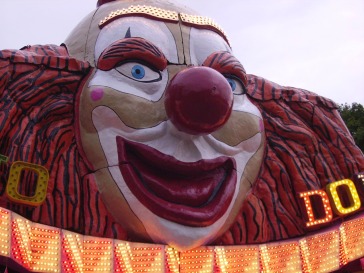 The Clown Motel in Tonopah, Nevada, is exactly what the name suggests: a motel filled with clowns. All manner of clowns—big clowns, little clowns, clowns on the walls, clowns on the shelves, clown collectibles, clown paintings, etc. All of the rooms have different clown themes. As a matter of fact, recently the motel changed ownership and the new management promised to increase the already plentiful clown décor. And to elevate its creep-factor, the motel is located next to a cemetery (apparently you can even reserve a room with a graveside view)! Tonopah was once an old silver mining town in the early 1900s, but the motel has only been there since the 1990s. Despite the proximity to the cemetery, the motel appears to be free of hauntings. Just clowns. And some people might find that scarier anyway.

Victor, Colorado, was once a gold mining town with a thriving population (what is it about these mining towns?), but these days, the town has less than 400 residents. Once a casino and brothel, The Black Monarch Hotel is now a boutique establishment. Going for around $100 a night, each of the four rooms carries a theme—mostly that of serial killers. The exception is the most popular and least scary, a room inspired by Nikola Tesla, who supposedly wired the hotel.

The Elizabeth Bathory room is named after the Hungarian countess from the 1500s, who slaughtered young virgins and bathed in their blood to keep herself young. This room is decorated with red walls (what else?) and oil paintings that include one of Bathory. 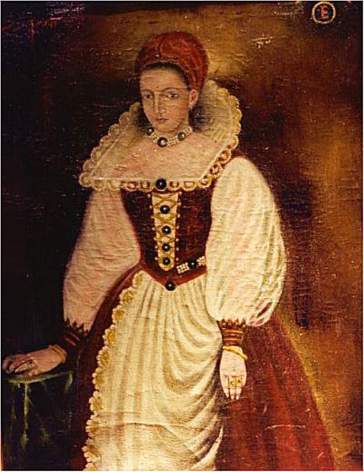 H. H. Holmes was considered one of America’s first serial killers. His hotel in Chicago became a famous scene of multiple murders as he killed off people in order to steal from them. This room boasts dark walls and reminders of Holmes’s dastardly deeds. The last room is a creature feature based around a fabled dark monster called Black Annis, also known as the Bogeywoman of Leicester. As legend has it, she lived in a cave and preyed on the blood of the towns’ children. And well . . . you can use your imagination as to what this room looks like.

The townspeople agree that the hotel is indisputably haunted, and in the short time since it’s been reopened, the owner already reports that his guests have heard and seen plenty.

2 thoughts on “Hotels, Motels, and Inns with Creep Factor”