This house nearly killed me.

Not literally, of course, but writing about it was not easy.

Whickering Place comes out on Tuesday. This is probably one of the toughest novels I’ve ever written, for a variety of reasons. First of all, I was trying to finish it just as my best friend passed away from cancer. This story is pretty dark anyway, and it messed with my head a little to slog through scenes where evil is so present for the main character and death is waiting for her and the people she loves. Also, the house has its own narration, and it was hard to write in the perspective of hating and wanting to destroy the inhabitants.

Writing through grief was really challenging, and it took me into some dark places, but in the end, I think it infused the story with extra emotion. 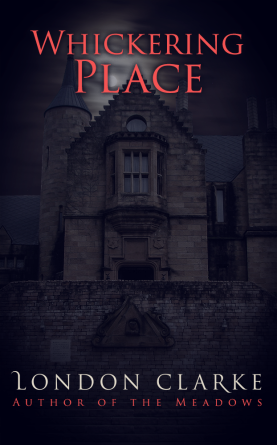 Second, the characters became strangely important to me—maybe more so than any other book I’ve written. I found myself thinking about them a LOT—driving to work, while I was at the grocery store, during walks with the dogs. Like my protagonist, I was torn between the two Gallagher brothers, and right up until I wrote the ending, I wasn’t entirely sure how things would end. I cried over these characters. It was crazy, y’all!

And finally, the story has so many moving parts that finding the right balance between the supernatural conflict, the external conflict, and the internal one was difficult. Hopefully, I came close. But you’ll have to be the judge of that.

At any rate, I’m very excited for you to meet the inhabitants of Whickering Place, both the living and the not-so-living ones. I can promise you lots of shadows, creepy-house jolts, drama, heartache, and mystery. There’s a bit of a love story in this one too.

Also, starting tomorrow and for the month of August only, my first novel, Wildfell, will be on sale for $1.99 on ebook.

Until next week, have a wonderful weekend and walk in the light…